How Immunotherapy May Change Treatment for Head and Neck Cancer Patients

Now considered the “fifth pillar” of cancer therapy, immunotherapy has become a more popular option for patients. Specialist Dr. Derrick Lin talks about its impact on cancer treatment, especially in relation to cancers of the head and neck.

A long-standing theory about cancer has been that patients’ immune systems cannot ‘see’ the cancer. Because of this, their bodies do not have a natural immune response to the disease.

It was this theory that led investigators to ask whether or not an immune response could improve survival rates. The thought has been that if you can boost the body’s natural defenses, the body might have a better ability to fight off diseased cells.

This theory has evolved into a type of treatment now known as immunotherapy. It has become an integral part of treating certain types of cancer over the past decade.

Immunotherapy uses substances made by the body or in a laboratory to improve and/or restore immune system function. Some boost the body’s immune system in a general way, while others help train the immune system to attack cancer cells specifically.

“Your immune system is a collection of organs, cells and substances that help protect you from infections and diseases,” said Derrick T. Lin, MD, FACS, director of Mass. Eye and Ear’s Head and Neck Cancer Division. “But because immune cells don’t recognize cancer cells as foreign, your immune system often leaves them alone. With immunotherapy, it stimulates your immune system to help your body find and attack cancer cells.” 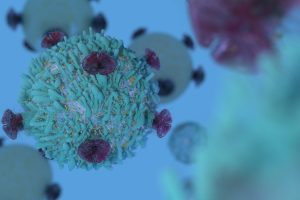 The impact of immunotherapy on cancer

Although immunotherapy is fairly new, it already seems to be beneficial when it comes to certain forms of cancer, such as skin cancer.

With skin cancer, immunotherapy has been used as a first-line treatment. Since many skin cancer patients do not respond well to radiation or chemotherapy, immunotherapy offers a new option to them. Recent and ongoing clinical trials are showing great promise.

In other forms of cancer, such as cancers of the head and neck, immunotherapy has shown to help other treatments work better.

“Unlike skin cancer, immunotherapy is not intended to replace the standard treatment for head and neck cancer, which typically includes some combination of surgery, radiation and chemotherapy,” said Dr. Lin. “Instead, it is being used as an adjuvant in order to boost survival rates.”

While immunotherapy is showing its promise through recent studies, there are some instances where it may not be recommended. Since it can cause the immune system to attack healthy cells as well as cancer cells, there may be associated risks and side effects, which doctors will consider before posing immunotherapy as an option.

Its use in head and neck cancer

Collaborating with the Massachusetts General Hospital Cancer Center, Dr. Lin and his Mass. Eye and Ear colleagues have several ongoing clinical trials using immunotherapy in head and neck cancers. These trials are best for patients who have no other options (patients with metastatic or recurrent head and neck cancers).

The investigators are also looking at the tumors before and after surgery in order to understand immunotherapy’s effects on tumors, as well as to begin building a tumor bank to determine its significance in the treatment of head and neck cancers.

“Immunotherapy has already made a world of difference for skin cancer patients,” said Dr. Lin. “Skin cancer used to be a death sentence for a lot of people and now it’s not. We are hoping the same will be true for head and neck cancers.”

Learn more about our ongoing trials.