A Baby’s First Hearing Test — A Marathon Ahead

Technology to screen newborn babies for deafness has inspired Meagan to lace up her sneakers for the Boston Marathon in support of Massachusetts Eye and Ear.

Meagan McGinnes knows a thing or two about the Boston Marathon. The 25-year-old journalist once penned articles on inspirational runners trekking from Hopkinton to Boylston Street for Boston.com. As a “fitness fanatic,” she loved writing these stories, but never thought much about running the world-famous race herself.

That is, until the birth of her cousin’s son, Will.

One month after Will was born, his doctors administered a newborn hearing screening test — and discovered that he was profoundly deaf.

Will’s family, who had no history of hearing loss, was shocked. Despite their alarm, they were grateful to have discovered Will’s deafness so early on. 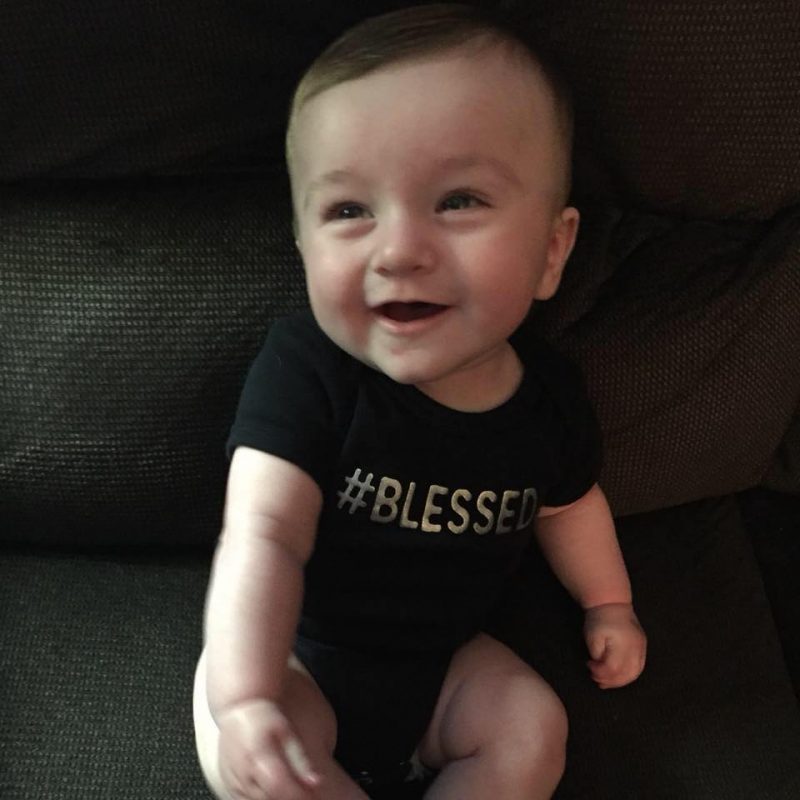 Meagan’s cousin’s son, Will, was born with hearing loss.

Newborn hearing screenings identify infants that have or are likely to have hearing loss later in life. Unlike traditional hearing tests that require a clear response to noise, newborn hearing screening checks the function of the “hearing” nerve located at the back of an infant’s head. Mass. Eye and Ear audiologists played a key role in developing this technology back in the 1980s.

Through this technique, infants, who cannot communicate a response to noise the way that older children are able to, can have their hearing checked.

“He’s now starting to hear himself in addition to feeling the vibrations in his chest when he makes noise — it’s cool to see,” says Meagan. “The fact that this research can open up that many doors to someone is really amazing.” 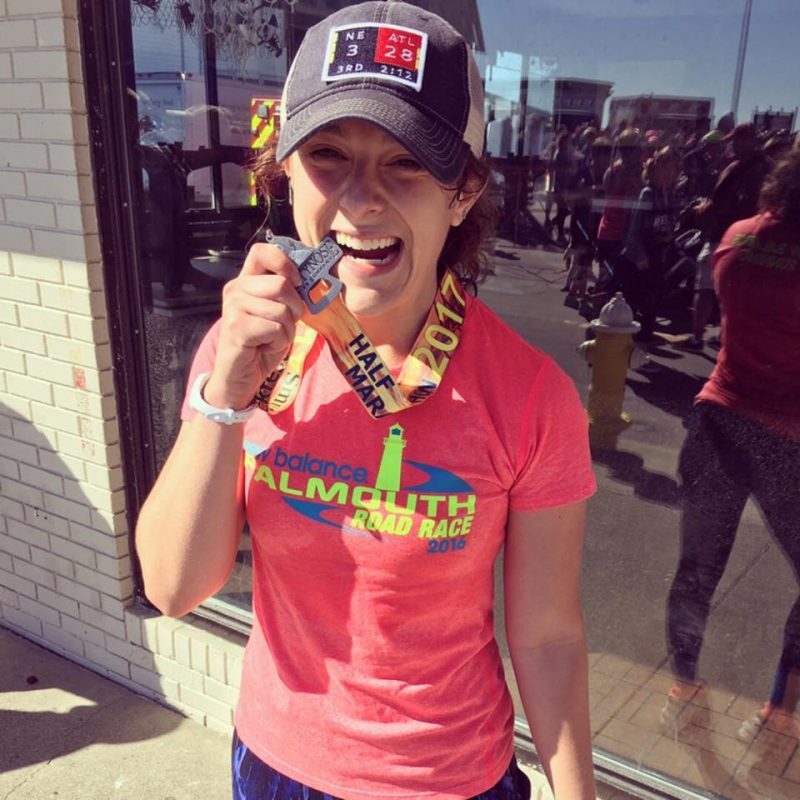 Meagan shows off her medal at a half marathon in 2017.

“Because of research at Mass. Eye and Ear, hearing loss can be detected in many babies near the time of their birth. Now, this technology is being used in hospitals around the world,” said Meagan. “Will now has the opportunity to communicate with the world in whatever way he sees fit. He has a marathon ahead of him — and, now, so do I.” 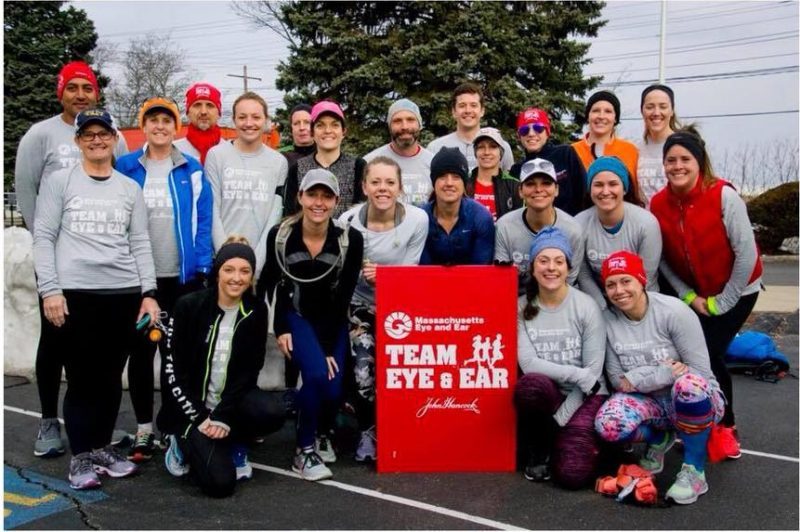 Meagan and her Team Eye and Ear teammates participated in a long run through Boston together earlier this year.

When Megan thinks about toeing the Boston Marathon starting line in Hopkinton this Monday, she feels both excited and nervous about the 26.2 mile undertaking. But, after months of training with her fellow teammates, she says she feels prepared to take on her first ever marathon.

“I feel humbled and honored to be a part of the team and to be one of the stories that gets told,” says Meagan. “I’m ready to tackle 26.2 to test my mental and physical strength in a completely new way.”

On Monday, April 16, every step that Meagan takes toward the finish line will also be a step forward in hearing loss research. 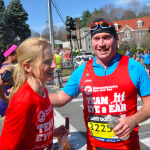