The father of a patient at Mass. Eye and Ear leads a team to develop a smartphone app called “White Eye Detector,” which spots signs of eye disease, like retinoblastoma, in early childhood photos.

When Bryan Shaw’s infant son Noah was treated for the eye cancer retinoblastoma, he asked Shizuo Mukai, MD, his child’s eye surgeon and an associate scientist at Mass. Eye and Ear, what would have happened if this cancer had been caught earlier. By the time Noah was treated by Dr. Mukai at six months of age, he needed surgery to remove his right eye, and treatment administered by Dr. Mukai’s team helped save his left eye.

Dr. Mukai mentioned that earlier intervention would have led to a better outcome for his son. With a scientist’s curiosity, Bryan looked at more than 7,000 snapshots of Noah. He could see the telltale sign of the white pupil at 12 days. In an effort to help others catch these signs earlier, Bryan, an associate professor of chemistry and biochemistry at Baylor University, and a team of engineers collaborated with Mass. Eye and Ear vision scientists to develop a smartphone app.

“What parent doesn’t have hundreds of photos of their children?” asked Dr. Mukai. “If this app causes people to seek an eye appointment and something is found, this technology could be beneficial for public health and raise greater awareness for these conditions.”

A new study, published in Science Advances, looks closely at the effectiveness of the app. In more than 50,000 smartphone photographs, the app detected leukocoria in 80% of children with eye disorders. On average, white eye was found in photos more than one year before the child had been diagnosed by a physician. 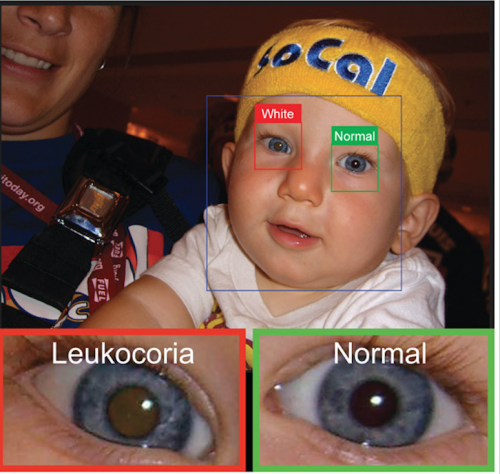 White eye may be a sign of a serious condition

White eye can be a sign of common and more serious eye conditions, including refractive error, lazy eye (amblyopia), corneal scarring, pediatric cataracts, or Coats’ disease, as well as the malignant cancer, retinoblastoma. Early detection of a potential issue can lead children to have better vision outcomes, better eye development, and in the case of retinoblastoma, reduced need for radiation and chemotherapy and increased chances of survival, according to Dr. Mukai. 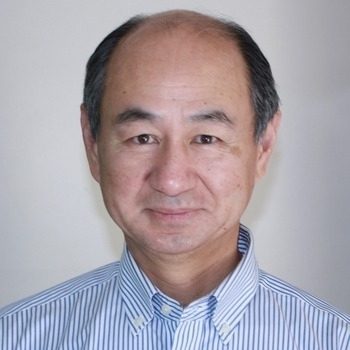 How the app works

Many are familiar with “red eye” as a nuisance in family pictures. This occurs when pupils are dilated and the light from a camera flash is reflected on the eye. In fact, when eye doctors suspect cases of leukocoria, they’ll perform a test to activate this reflex. When there’s something blocking the back of the eye, however, like a cataract or tumor, red eye will instead reflect as a white spot in back of the eye. And in many cases, this can be seen in casual photographs. This was the case for the Shaw family who went back looking at photos after Noah was diagnosed.

A father’s passion to help others

Bryan was spurred by hope that other families can avoid what they went through. A chemist, he joined forces with computer scientists at Baylor to work on the app. Their collaboration with eye scientist Dr. Mukai led to a concept publication in the journal PlosONE in 2013. The latest study by the team represents the first test of the sensitivity and accuracy of the app at detecting white eye in photographs.

Future studies will incorporate more images of children in an effort to strengthen the tool’s AI and improve the sensitivity to reduce rates of false positives. The researchers point out that a false positive can be resolved quickly with a non-invasive eye exam.

Watch the Shaw Family’s Story from 2014.

“All these years later, to have our first research paper borne out of a father’s passion to help others — it’s really amazing and this is what science is all about,” said Dr. Mukai. 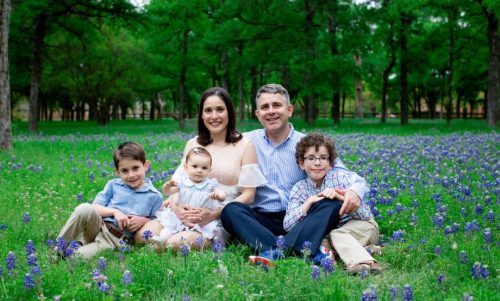 The study was done with researchers from Mass. Eye and Ear, Baylor University, Harvard Medical School and Dana-Farber Cancer Institute. It was partly supported by gifts to the Mukai Fund of Mass. Eye and Ear.

White Eye Detector is available for iPhone and Android devices.