A Life Journey with Usher Syndrome

Born with Usher syndrome, a Mass. Eye and Ear patient says his diagnosis was the best thing to ever happen to him. He’s dedicated his life’s work to inspiring others through travel and adventure.

At Mass. Eye and Ear, we encounter patients every day who inspire us to do more — to find better treatments, to discover new knowledge and to dedicate all that we possibly can to those who need our expertise.

Bill Barkeley is one of those truly inspirational Mass. Eye and Ear patients.

Born with Usher syndrome, Bill became deaf before the age of 5. By the time he was 27, he had lost all of his night vision. Today, his visual field has closed to the size of a pinhole. He has been making trips from his home in Michigan to Mass. Eye and Ear for the past 3 decades to monitor the progressive vision and hearing loss that are hallmarks of his condition.

Yet, he says the diagnosis was the best thing to ever happen to him.

“It’s made me focus and prioritize,” he said. “It’s made me try and find ways to connect with other people and the world around me.” 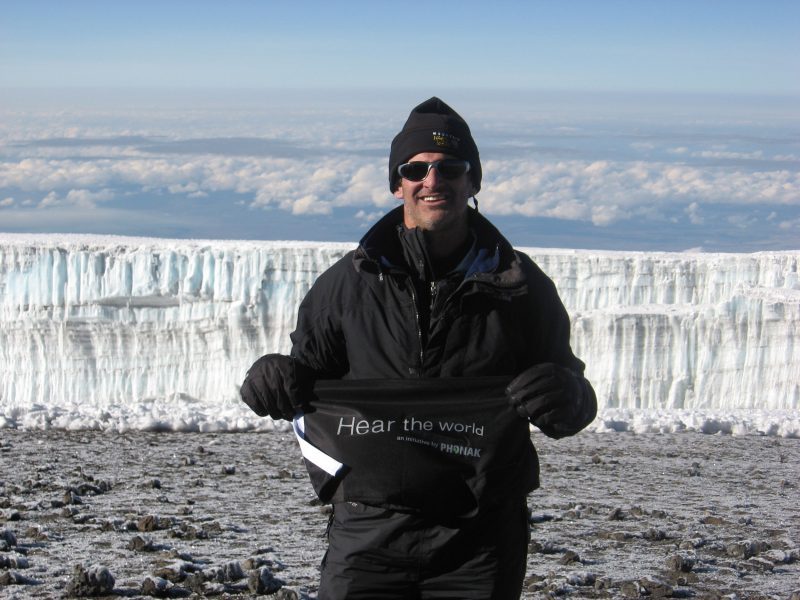 Bill’s first deaf-blind ascent took him to the top of Mount Kilimanjaro in September 2007.

Connecting with the world through travel, adventure

Bill has done just that. In 2007, he became the first deaf-blind person to climb Mount Kilimanjaro, the highest mountain in Africa.

At the time, he was transitioning away from his corporate career. The thrill of climbing the mountain inspired him to begin a new phase of his life journey in service to others with blindness, deafness and other disabilities.

Now, every 18 months, Bill and a team set out on a travel mission with a group of adventurous people with disabilities to promote advocacy for issues around hearing and vision loss.

Over the years, their expeditions have taken them around the world — backpacking over the Pyrenees through the South of France and Spain, through the head waters and rainforest of the Amazon, through the Grand Canyon and — most recently — across Nepal at 15,000-foot elevation.

Through what he calls “adventure projects,” Bill brings together people who can share and relate to one another while seeing the world through travel. Some share Bill’s own journey with Usher syndrome, hearing loss and blindness, while others embrace life with cerebral palsy and other disabilities.

“They view it as a constraint but not a barrier that’s going to stop them from living a fulfilling life,” he said. 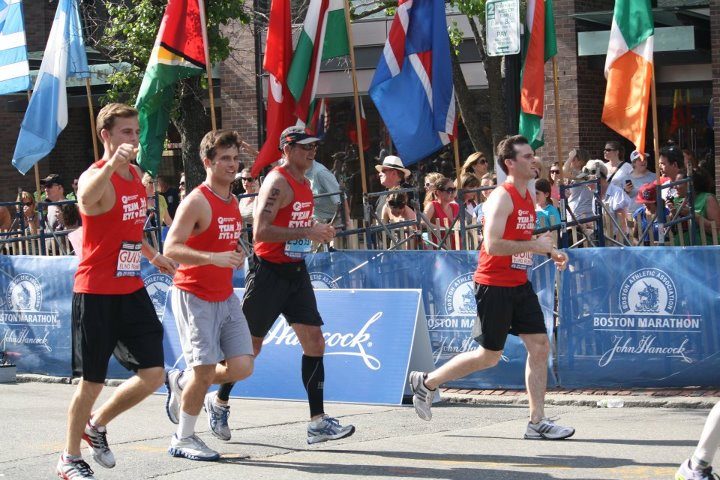 With his three sons as visual guides, Bill crossed the finish line at the Boston Marathon in 2012.

In 2012, in search of his next adventure project, Bill decided he wanted to run the Boston Marathon. Joining Team Eye and Ear, he raised funds for research on Usher syndrome, and he crossed the finish line on an unseasonably hot day (reaching temperatures higher than 90 degrees) that April — with his three sons by his side as visual guides.

“It was a beautiful moment,” Bill said. “It was also a really tough run.”

Never backing down from a challenge, Bill joined Team Eye and Ear for a second time in 2014, one year after the Boston Marathon bombing. His goal this time was to raise awareness of the invisible injuries — like hearing loss — that afflicted the bombing victims.

Through everything that Bill has done, he has set an inspiring example of experiencing all that life has to offer — even after a devastating diagnosis so many years ago. In fact, Bill maintains that it really is the best thing to happen to him.

“It’s not a game over thing — it’s a game changer. There’s a lot of hope, optimism, resources and wonderful reasons to continue your life journey.”

In honor of Usher Syndrome Awareness Day, make a gift to help Mass. Eye and Ear improve the lives of those with vision and hearing loss.

1 thought on “A Life Journey with Usher Syndrome”