Researchers at Massachusetts Eye and Ear and Boston Children’s Hospital today announce a step forward with their platform of drug delivery through a contact lens that slowly releases medication when worn on the surface of the eye. In a new study published online in Biomaterials, the lens provided sustained delivery of a steroid medication commonly used to treat inflammatory eye diseases, successfully preventing damage to the retina, the light-sensing tissues at the back of the eye.

With this unique contact lens, the study authors hope to address an unmet need for sustained, topical delivery of medications for diseases and conditions of the retina, for which eye drops are ineffective. Many of these conditions currently require invasive eye injections and implants. 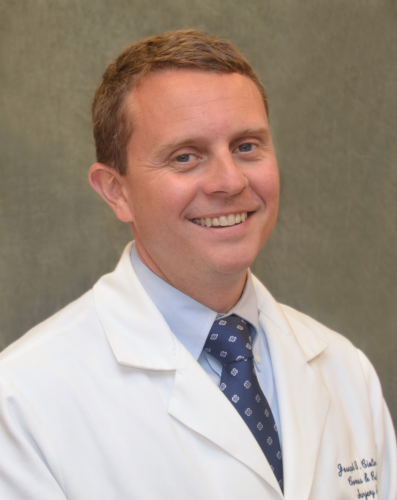 In the Biomaterials study, the researchers tested the lenses containing dexamethasone, a steroid used to treat inflammatory eye diseases, on preclinical animal models of uveitis and macular edema — two forms of eye inflammation. Their experiments showed that the lenses safely provided sustained drug delivery for one week. Surprising the researchers, the lens provided 200 times the concentration levels of hourly eye drops to the retina.  In the model tested, the contact lenses were just as effective as injections in preventing damage to the retina that would have occurred without treatment.

“One of our greatest challenges as ophthalmologists is that, though there are drugs that are effective for these conditions, it is hard to get them to the retinal tissues in an non-invasive way,” said co-corresponding author Joseph B. Ciolino, MD, the Henry Freeman Allen Cornea Scholar at Massachusetts Eye and Ear.

“We had previously shown that our design for a drug-eluting contact lens could provide sustained release of substantial amounts of drug over extended periods, to the anterior parts of the eye. The question then became whether this approach could be used to treat diseases of the back of the eye – the retina and adjacent structures. We now know we can,” said co-corresponding author Daniel S. Kohane, MD, PhD, director of the Laboratory for Drug Delivery and Biomaterials at Boston Children’s.

Most retinal diseases are currently treated with injections or implants, which carry potential side effects, including increased eye pressure, retinal detachment, bleeding and infection. Due to fears of having needles inserted into the eyes, nearly 1 in 4 patients who receive eye injections for retinal conditions do not return for follow up appointments.

The authors of the Biomaterials report set out to lay the groundwork for a minimally invasive, effective topical delivery system for eye diseases involving the retina. With these preclinical results, Dr. Ciolino said that the team is now preparing for clinical trials to begin within one year to study the effectiveness of the lens in human patients.

“We’re closer than we’ve ever been to bringing this exciting technology to patients in need,” he said.