Can a Concussion Affect Vision?

With football and hockey seasons both in full swing, the conversation around concussions has risen up again. We know concussions can affect a person’s cognitive ability, but what about vision? We sat down with Mass. Eye and Ear neuro-ophthalmologist Elizabeth Fortin, MD to learn more.

The conversation around concussions always seems to follow the start of the professional football season, and for good reason – the season may only last six months, but in that span in 2017, the league had 281 reported concussions. Football players and other athletes, however, aren’t the only ones susceptible to concussions; falls and motor vehicle accidents are two of the most common causes for head injuries. Concussions can often impact a person’s vision, resulting in one or more of several possible symptoms, such as light sensitivity and double vision.

How do concussions happen?

A concussion occurs when the brain collides with the inside of the skull. It can happen when a person strikes his or her head on a hard surface or during severe whiplash. Dr. Fortin sees patients with concussions that are caused by a variety of situations such as contact sports, fights, car accidents and falls.

“The number of concussions seems to have more impact on symptoms than the severity of a single concussion,” Dr. Fortin said. “Additionally, symptoms seem to last longer with each subsequent concussion,” she added, emphasizing the importance of making sure injured individuals are completely healthy before returning to any sort of physical activity. 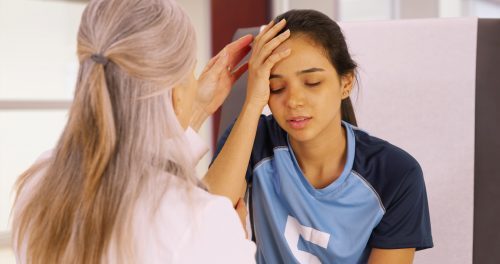 What kind of vision problems can occur?

There are many types of vision difficulties that can arise from a head injury, such as light sensitivity, blurry vision, double vision, and difficulty performing various visual tasks.

Though the exact biological cause is unknown, light sensitivity is one of the most debilitating post-concussion conditions. Studies show that it is also one of the most common, occurring in about 60% of patients nationwide.

Double vision and blurry vision are also common. Dr. Fortin explained that this happens because the eyes have difficulty working together and changing their focus, especially up close. This can lead to significant eye strain, headaches, blurry vision, and double vision when reading or using a computer.

“While visual symptoms often resolve within one to three weeks after the concussion, it can sometimes take up to a year for symptoms to go away completely,” she said.

What are the treatment options?

Eye exercises may also help improve a person’s ability to focus while reading.

A neuro-ophthalmologist may then refer a patient to a vision rehabilitation specialist, especially if the symptoms persist over time.

How do you prevent concussions?

Anyone can be at risk for a head injury, said Dr. Fortin. Many concussions occur from accidents at home, at work, or in a car, so it’s always important to make sure you’re taking all necessary precautions.

As with most injuries, the best prevention is protection. For athletes in contact sports like football or hockey where concussions are common, it’s important to always wear a helmet, and use caution and seek a medical evaluation prior to deciding when to return to play.

For those who are at an increased risk of falling, the best prevention strategy may be lifestyle changes, such as using a walker or cane, or an anti-slip mat in the shower. 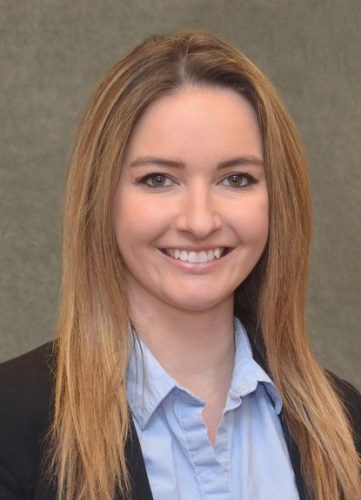 Dr. Elizabeth Fortin is a neuro-ophthalmologist at Mass. Eye and Ear, Main Campus in Boston (243 Charles Street). She is trained in both ophthalmology and neuro-ophthalmology. Dr. Fortin sees patients with a variety of central nervous system disorders that affect vision.

4 thoughts on “Can a Concussion Affect Vision?”