An ophthalmologist at Mass. Eye and Ear sheds light on the principal cause of blindness in the world — cataracts.

And although they are completely painless, cataracts can significantly affect vision. People with cataracts complain of sensitivity to light, seeing double in the eye with the cataract and — sometimes — of issues with color perception.

Just in time for Cataracts Awareness Month, we spoke to Dr. Sheila Borboli-Gerogiannis, a specialist in the Comprehensive Ophthalmology and Cataract Consultation Services at Mass. Eye and Ear, who shared some interesting facts with us about cataracts…

They occur in the lens of the eye, not on the surface.

There’s a common misconception that cataracts are, as Dr. Borboli-Gerogiannis puts it, a “film that grows on the surface” of the cornea.

But cataracts actually occur deeper below the surface, on the lens. The lens is a disc-shaped structure that sits behind the colored part of the eye, the iris.

“Normally the lens fibers are organized in a way that makes the lenstransparent and clear,” Dr. Borboli-Gerogiannis says, “With aging or other factors that may accelerate the process, it loses its transparency.”

The eye works a lot like a camera: lights hits the dome-shaped cornea, filters through the lens and reaches the retina. The retina sends the image to the brain to be interpreted as “vision.”

Like a camera’s lens, the lens of the eye also adjusts the focus to see images up close or at a distance.  As we age though, the proteins that make up the lens form clusters, preventing light from reaching the retina. The opaque, clouded lens is a cataract.

The symptoms can vary based on how advanced the cataract becomes.

The most common symptoms of cataracts are gradually blurry vision and, sometimes, increased nearsightedness. Patients with cataracts also complain of sensitivity to light, whether it’s direct sunlight during the day or the bright glare of headlights while driving at night. Sometimes cataracts also cause “ghosting” vision: seeing double in the eye with the cataract. Less commonly, patients with advanced cataracts may have issues with color perception. Colors may seem faded and the patient’s vision as a whole may be dimmer.

Dr.  Borboli-Gerogiannis says the cataract’s impact on color perception is most evident after the affected lens is removed. “Then they see colors so much brighter,” she says, “This happens because the progression is slow, and the patients do not realize the effect that the cataract had on their color perception.”

The best time for treatment is dependent on when and how cataracts affect your daily life.

The symptoms of early cataracts are easy to manage: prescribing different glasses, reading in brighter lighting or wearing sunglasses while driving during the daylight to limit sensitivity are all simple fixes.

However, Dr. Borboli-Gerogiannis says those fixes won’t stop the progression of cataracts: “If the cataract is what we call ‘visually significant’ – it interferes with the patient’s daily living, their ability to function for their job or hobbies – the treatment is to remove the lens.

The only way to treat advanced cataracts is to have surgery to remove the opaque lens and replace it with a lens implant, most frequently a silicone or acrylic substitute. It’s a minimally invasive, outpatient procedure that takes usually less than 30 minutes, with a relatively quick recovery time (about 2 weeks).

First, using tiny incisions, a surgeon uses an ultrasound device that breaks up the opaque lens into tiny pieces. The fragments are gently removed with a small suction. Then, the surgeon inserts a clear artificial lens securely in the place of the natural lens. Some newer methods can incorporate lasers to perform parts of the surgery.

Unlike a knee or hip replacement, which might require additional procedures after a decade or so, a lens replacement is expected to be needed only once in each eye and the lens implant lasts for the rest of the patient’s life.

But Dr. Borboli-Gerogiannis says there’s no need to rush into a cataract surgery. ”If the patients are only experiencing the earlier symptoms of cataracts, and they are not symptomatic, we typically recommend observation.”

“In most cases, the timing of surgery is your decision; you’ll need to get it done only when you feel it interferes with your activities or lifestyle,” Dr. Borboli-Gerogiannis says. 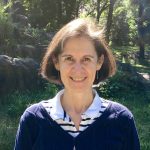 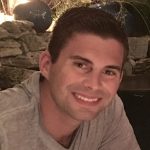 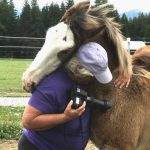 Worth the Flight: Traveling from Texas to Boston for Sight Saving Care 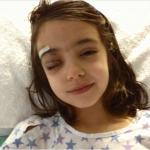