The sun spares nobody. Just ask Bill Kieffer, who has lived with an aggressive form of skin cancer for what has felt like an eternity. Thankfully, Jessica Fewkes, MD, director of Mohs and Cutaneous Surgery at Mass Eye and Ear, has helped manage Bill’s cancer using Mohs surgery.

Bill Kieffer thought he was invincible. Everyone his age did, he insists. 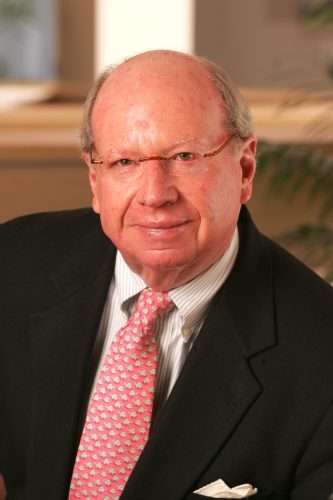 Growing up in the 1960s, Bill knew few people, if any, who thought twice about their skin care. He spent his summers in Pennsylvania and on the New Jersey shore where he swam, sailed and played tennis without ever touching a bottle of sunscreen. The pink and red sunburns that lit up his fair-skinned face and shoulders would eventually fade away, he told himself.

Decades later the sun would catch up to Bill. The former State Street executive and Navy veteran has been treated for dozens of aggressive skin cancers and, to his surprise, not a single one appeared on his body until the age of 50.

“I’m paying the price for something I chose to ignore years ago,” said Bill, who has sat on nine non-profit boards across the country since his retirement. “I look at young people who don’t wear sunscreen and think to myself, ‘What you’re doing now is going to come back and haunt you for the rest of your life.’”

While skin cancer has left its fair share of damage on his head, neck and scalp, Bill believes his current prognosis could be far worse if not for the care of cutaneous oncologist Jessica Fewkes, MD, and a surgical technique she helped pioneer years ago: Mohs surgery.

Sunburns are a major culprit behind skin cancers. According to Dr. Fewkes, skin cell DNA can fall apart if exposed to too much ultraviolet (UV) light from the sun. Enough exposure to UV light will result in skin damage, which can manifest in a variety of ways. Depending on the sensitivity of a person’s skin and how long a person is exposed to the sun, a person can develop varying degrees of wrinkles, sunspots and sunburns, the latter of which are often characterized by reddened, irritated skin.

Sunburns at a young age are the most dangerous and can have disastrous consequences. While DNA can repair itself from exposure to UV light, it can only repair itself so many times without losing this vital function. If DNA strands are damaged too many times at a young age, skin cells are left susceptible and defenseless to mutated DNA years later. Eventually, these mutations manifest as two of the world’s most common skin cancers: basal and squamous cell carcinoma.

“People in their 30’s or 40’s will often say to me, ‘It’s okay, I don’t go out in the sun anymore,’” she said. “Unfortunately, most of the damage is already done by the age of twenty.”

Warm sunny days aren’t the only time a person can feel the sun’s wrath. UV light can also reflect off snow, travel through water and break through clouds, which – to the surprise of many – means  a sunburn can occur in the fall and winter, too, and protection is needed year-round.

Bill was years removed from some of his nastiest sunburns when he first noticed the earliest signs of skin cancer. It was the 1990s, and his primary care physician at Massachusetts General Hospital noticed an odd pattern of red freckles littering his shoulders and back. The doctor urged him to see Dr. Fewkes, who immediately suspected skin cancer.

Cutaneous oncologists will typically follow a conventional approach when removing skin cancer from a person’s back. The approach can require wide, inch-long incisions around the cancer — incisions that leave plenty of scarring around healthy tissue, yet don’t ensure every last cancer cell has been removed. Bill could certainly tolerate some scars on his back; they’d at least stay hidden underneath his shirt, he thought. But when Dr. Fewkes saw more red dots appearing on his face and neck, and old dots returning on his shoulders and back, the breadth of his cancer crept in.

“Bill was what we refer to as a keratinocyte disaster,” Dr. Fewkes said, referencing irreparably damaged skin cells on the top-most layer of his skin. “His cancer was hyperaggressive. It was never going to completely disappear, so we needed to present a new option.”

As a corporate executive, Bill also knew he needed to make his first impression with his clients his best, which meant having as few scars and bandages on his face as possible. To ensure the best functional and cosmetic outcomes for Bill, Dr. Fewkes recommended Mohs surgery, a technique used to remove tumors while preserving as much healthy skin as possible. Surgeons operating the procedure remove a small amount of skin at a time and immediately examine it under a microscope. The process is repeated until no more cancer cells are visible. 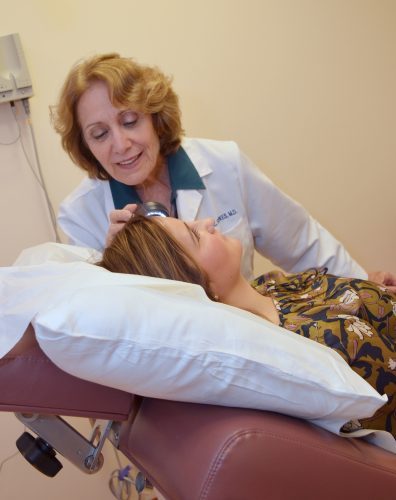 Dr. Fewkes, who was the first Mohs surgeon in the Department of Dermatology at Harvard Medical School, likened the procedure to a baker cutting a slice of blueberry pie. The blueberries in the pie, she said, represent cancer cells, and the pie’s crust represents the healthy layers of skin surrounding the cells. A perfect slice of pie keeps the blueberry filling intact between a top and bottom crust. If a baker cuts the pie at a wrong angle, they might scoop out too much crust or too few blueberries.

In Mohs surgery, a surgeon tries to cut the smallest amount of healthy skin at an angle that completely surrounds the cancer. By cutting the skin at a 45-degree angle, just as a baker cuts a slice of pie, the surgeon can keep the cancer intact with the smallest possible margins. If a surgeon pulls out a slice of skin and notices more cancer cells underneath, then they know another slice is needed to remove all the cancer.

A treatment that takes a village

Bill has undergone nearly three-decades worth of Mohs surgery procedures with Dr. Fewkes. In that time, she has found all sorts of skin cancers – including melanoma – on Bill’s body and has opened his case to an entire network of cutaneous oncologists at Mass Eye and Ear and Massachusetts General Hospital known as the Tumor Board.

“Bill’s case requires a lot of extra hands on-deck from a wide range of backgrounds, and the best thing for him is that he’s with our team at Mass Eye and Ear and Mass General,” Dr. Fewkes said. “I think he’s still here today because of that.”

With the support of Kevin S. Emerick, MD, division chief of Head and Neck Surgical Oncology at Mass Eye and Ear, James Cusack, MD, director of the Peritoneal Surface Malignancy Program at Mass General, and David Miller, MD, PhD, a medical oncologist and dermatologist at the Mass General Cancer Center, Bill has experimented with new drugs and cutting-edge therapeutics, including immunotherapy, all of which have helped prevent some of his cancers from recurring.

Thankful for the care he has received, Bill recently joined a group of patients who sought to celebrate Dr. Fewkes’ lifelong dedication to the treatment and prevention of skin cancer worldwide. Together, they have endowed the Jessica Fewkes Center in Dermatology and Facial Plastic Fund in perpetuity at Mass Eye and Ear.

The fund will support studies on patient-reported outcomes measures on a variety of skin cancer therapies, including Mohs surgery, and will provide patients with the same gauntlet of cutaneous oncology resources Bill has had access to.

“Dr. Fewkes’ fund is long overdue,” Bill added. “If I had known then what I know now, I can guarantee you I would have covered myself head-to-toe in sunscreen.” 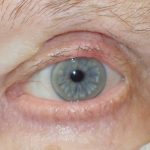 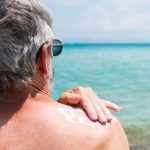 3 thoughts on “Correcting Decades of Sun Damage With Mohs Surgery”