Creating The Willie Fund to Honor Her Father’s Legacy

Casey Finigan decided to turn to advocacy and raising funds for research after learning her father Willie was diagnosed with head and neck cancer. 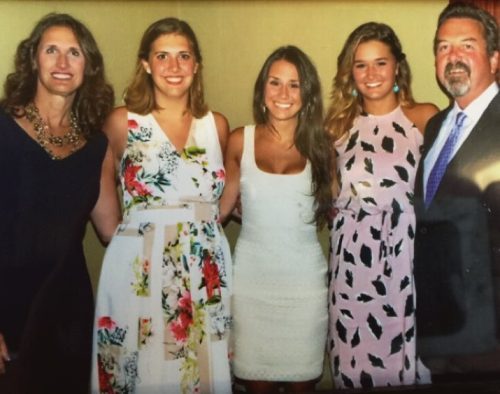 Finding out your loved one has cancer is an unsettling feeling. It’s not uncommon to hear stories about people losing their parents to this awful disease, but it’s hard to imagine it happening to you and your family—until it does. Life changed forever for the Finigan family after they received a phone call that Willie, loving husband and father of three, was diagnosed with head and neck squamous cell carcinoma. This diagnosis was in September 2019, 10 years after Willie won his previous battle with throat cancer.

Head and neck squamous cell carcinoma develops in cells located in the outer layer of skin, specifically in the mucous membranes of the mouth, nose, and throat. It is the seventh most common cancer worldwide causing 600,000 new cases per year, including about 50,000 in the United States alone. The disease most commonly affects men in their 50s and 60s, though rates are rising in younger individuals.

The cancer was first found on Willie’s tongue and was successfully removed by a surgical team at Mass Eye and Ear in October 2019. Head and neck surgeon Daniel Deschler, MD, the same doctor who performed Willie’s throat surgery 10 years prior, led the surgery. Willie trusted Dr. Deschler immensely, as he had already saved his life once before. 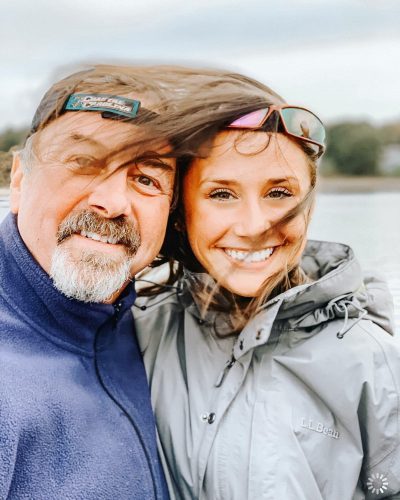 Willie and his oldest daughter, Casey. Casey started The Willie Fund to honor her dad and raise funds for fighting head and neck cancer.

Unfortunately, the following year in December 2020, Willie’s doctors found another tumor located on his lower neck. Unlike his throat tumor a decade prior, however, this tumor was inoperable.

The devoted team at Mass Eye and Ear immediately prescribed radiation treatment to help shrink the tumor, after which Willie would begin immunotherapy, a treatment which uses medication to train the body’s immune system to attack cancer cells. Willie’s care team was doing everything possible to help him beat cancer—again.

To everyone’s devastation, Willie’s body rejected the immunotherapy. His family desperately wanted to help. “I wanted to help fight for my Dad” said Willie’s daughter Casey. “Unfortunately, I lack the brains of a surgeon or oncologist, so I started playing around with the idea of a charity. If I couldn’t be one of the doctors, I could help support them.”

It was now time to help the cause and make change—not just for Willie, but for other families fighting the same battle.

The Willie Fund is born

The summer after Willie’s cancer diagnosis, Casey and her fiancé looked forward to spending time on Cape Cod in a house they bought down the street from her parents. Just three months prior, Willie had helped them tour the house. He was healthy and they were ecstatic for a summer together. Needless to say, it was not the summer they imagined, but one they will never forget.

Willie was not responding to treatment the way his family hoped. He underwent chemotherapy with the goal of shrinking the tumor and getting him healthy enough to be a candidate for a clinical trial. Once again, his tumor did not respond. But Willie, his doctors and his family were still fighting—hard.

Casey connected with her dad’s doctors and proposed the idea of starting a nonprofit to raise money for squamous cell carcinoma research in honor of Willie. Together, they hit the ground running and the Willie Fund was born.

Willie and his family felt blessed that he had the chance to see this vision come to fruition. “The Willie Fund is for my Dad, and all the dads, moms, daughters, sons, husbands, wives, sisters, brothers and friends that are going through the same thing,” said Casey. “Willie is fighting for you.” 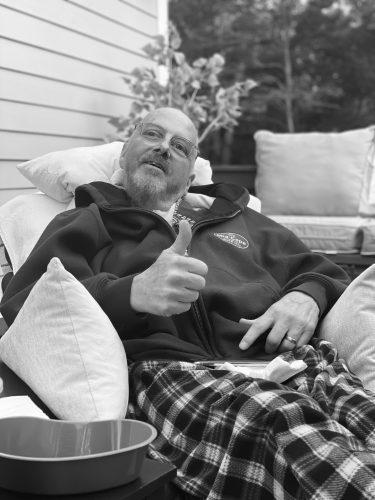 In the days and months that followed, Willie unfortunately got worse. He was admitted to the hospital for sepsis, and his doctors had no choice but to stop the chemotherapy. A few days later, Willie lost his battle to cancer.

Willie’s family remembers him as a fighter who never stopped being himself—a humorous, loving father and husband. During his final few weeks, Casey asked him what his biggest accomplishment was in life. His response? My three girls. “Well, Daddio, my greatest accomplishment is being your daughter,” said Casey.

Today, the Willie Fund directly supports Mass Eye and Ear and the doctors who are dedicated to advancing research on squamous cell carcinoma. The end goal is to find a cure for this disease, so that no one else has to lose their loved one as the Finigan family lost Willie.

“We are so grateful to Casey and the entire family for establishing the Willie Fund to raise funds for head and neck cancer research at Mass Eye and Ear,”  said Dr. Deschler. “This is a truly wonderful way to honor his amazing strength, perseverance and positivity in the face of this awful disease and provide the path for making a lasting difference in the future care of head and neck cancer patients.” 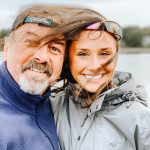