In May, patient Michael Kalberer wrote about why he joined a revolutionary clinical trial where he was only the second person in the world to receive CRISPR gene editing inside the body. Michael recently provided an update on how he’s been doing since, and in what ways his vision has changed. 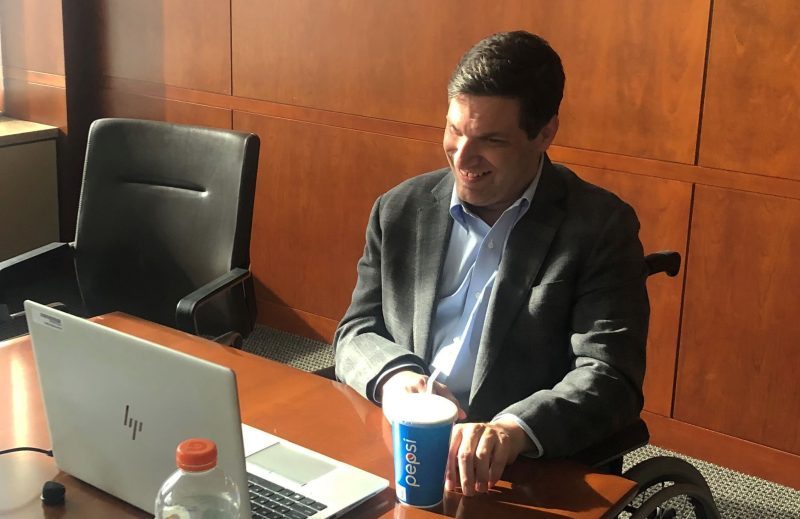 In September 2020, Michael Kalberer became a pioneer when he became the second person in the world to receive an experimental gene therapy, called CRISPR, inside the body. Previous uses of CRISPR have been limited, occurring outside of the body — such as in a petri dish which was then implanted into the body. However in Michael’s case, the gene editing therapy was directly injected into his eye to treat his rare form of inherited retinal disorder called Leber congenital amaurosis (LCA).

The CRISPR gene editing therapy was targeted to treat a genetic mutation in the CEP290 gene which led to his condition. LCA caused Michael to progressively lose his vision beginning in his 20s, though as he wrote last January, there were some earlier signs he might not have been aware were happening.

Since getting the gene therapy, Michael now says that he’s seen some small but meaningful improvements in his vision. For starters, Michael on good days can now distinguish between different colors, something that he had been robbed of by the LCA. He recently spoke with NPR, describing one of the most dramatic moments that has happened since was when he was at his cousin’s wedding and could detect the different color strobe lights on the dance floor.

“I could see the DJ’s strobe lights change color and identify them to my cousins who were dancing with me,” he said. “That was a very, very fun joyous moment.”
Michael also recalled in the interview while he was out with a friend, he saw pink in the sky and asked her what it was.

New data released by Editas, the manufacturer of the experimental gene therapy, was recently presented at a medical conference and showed the safety and efficacy of six patients treated with the gene therapy. Thus far from patients tracked between three and nine months post-surgery, no serious adverse events have been observed. Because CRISPR has never been done inside the body until this trial, safety was a key measure researchers were looking closely at. 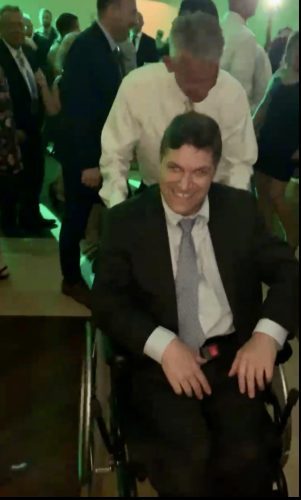 Michael dancing at his cousin’s wedding

The findings showed at higher, mid-level doses, there are efficacy signals that provide initial support for clinical benefits.

“We’re thrilled to see early signs of efficacy because that means gene editing is working. This is the first time we’re having evidence that gene editing is functioning inside somebody and it’s improving — in this case — their visual function,” one of the trial’s principal investigators, Eric Pierce, MD, PhD, director of the Inherited Retinal Disorders Service and Ocular Genomics Institute, told NPR.

The procedure has not been effective for all the patients treated to date. It may be because their doses were too low or vision was too damaged by the time they were treated. Treatment in the adult high-dose group continues and pediatric patients are now receiving a mid-level dose. The scientists hope to learn more about the treatment and whether higher doses, or treating patients younger, might offer greater benefits.

Looking forward and not backwards

Michael will be tracked for two more years to monitor any progress in his vision. He has managed his expectations for the future since joining the trial, and feels grateful to be a part of this scientific milestone. He said he makes sure any changes in his vision don’t affect his attitude and work ethic, and overall sense of self.

“I’m just incredibly honored and privileged to be part of this, and very, very excited to literally, hopefully, see what comes in the future,” Michael told NPR.

For an update on Michael, read more and listen to the segment in NPR, and watch this video from FOX 5 NY. 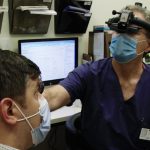 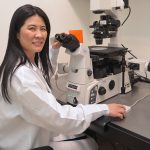