Dancing Through Life: A Journey Back to Sight

Blinded in a horrific accident at work, Mass. Eye and Ear patient Wayne Vinson traveled to Boston earlier this week to share his journey to regaining his vision at our annual Founders’ Day celebration.

This past Tuesday, at our annual Founders’ Day celebration, Mass. Eye and Ear patient Wayne Vinson shared his inspiring story of perseverance after losing his vision — and his incredible journey back to sight.

May 19, 2012 was supposed to be like any other day. Wayne arrived at the paper mill at 9 AM for a job he’d held for the past 16 years. It was business as usual, until, in a split second, everything changed.

A faulty pump valve burst, spraying him with a chemical solution at 2,600 gallons per minute and at 190 degrees Fahrenheit. He quickly developed second- and third-degree burns over 70 percent of his body, including his eyes. An onsite EMT tried desperately to rinse him down and flush his eyes with saline, but to no avail. Within minutes, Wayne was completely blind.

At a local burn center, he was placed into a medically-induced coma. When he awoke 60 days later, his eyelids were sewn shut. The damage to his corneas (the outer layer of the eyes) was so severe that even blinking could cause permanent blindness.

Ultimately, extensive corneal scarring was unavoidable for Wayne, and, after nearly a year of fighting to regain his vision, he was faced with the difficult reality of being blind. 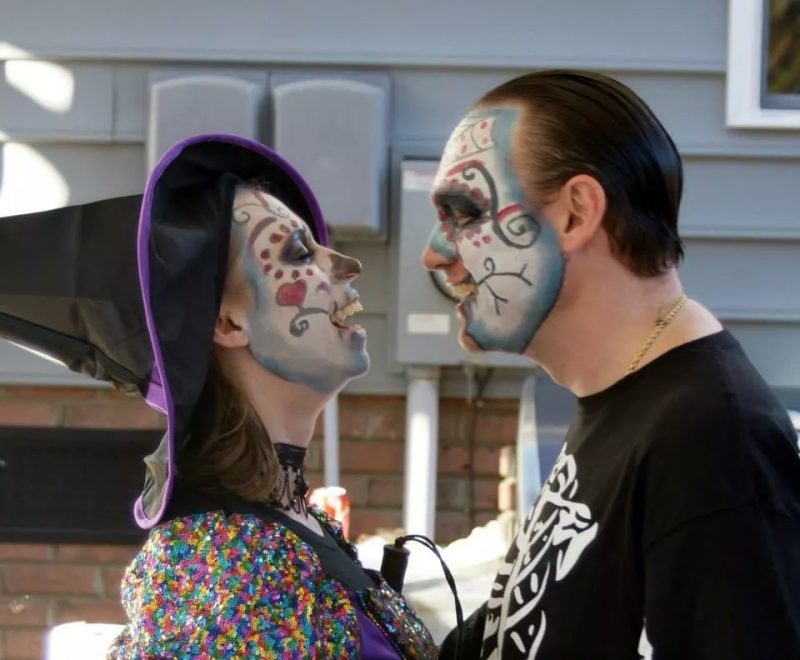 Wayne Vinson, with his wife, Cynthia. Wayne was blinded by a chemical accident in 2012. With help from Mass. Eye and Ear doctors, he is able to see again.

In the following months, Wayne and his family adjusted to his “new normal.” He learned to navigate his surroundings by sound and to use a cane. He also began to explore activities that did not require the ability to see.

“One morning, I heard the song ‘Dancing on the Boulevard’ by Alabama and suggested to my wife that we could learn to dance,” said Wayne. “Before we lost our nerve, she called a local studio and scheduled our first lesson.”

Since then, Wayne and his wife have participated in 12 professional ballroom dancing competitions across the country.

“At times, it felt like everything had ended,” said Wayne. “It was great to find something I could enjoy doing even though I was blind.” 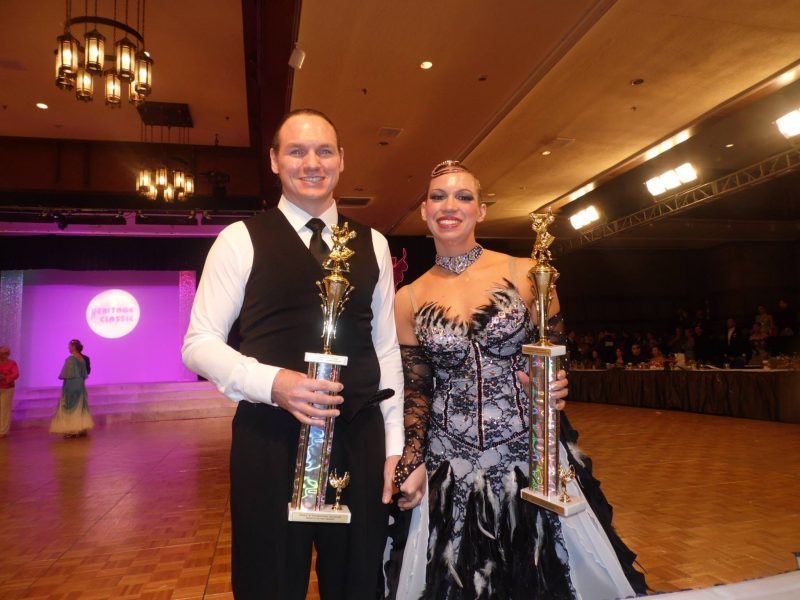 Wayne and Cynthia at a ballroom dancing competition. The pair has participated in 12 competitions across the country — 3 while Wayne was completely blind.

A Second Chance at Sight

Wayne never lost hope of regaining his vision. After learning he was not a viable candidate for a traditional corneal transplant, he heard of a unique therapeutic approach called the Boston Keratoprosthesis. Invented by Mass. Eye and Ear’s Dr. Claes H. Dohlman in the 1960s, this innovative procedure, known as the “Boston KPro,” involves implanting an artificial cornea to replace one that is diseased or damaged.

Wayne traveled to Boston to meet with Dr. James Chodosh, one of the world’s leading corneal specialists and Boston KPro surgeons. Soon after, he was given the green light.

Dr. Chodosh performed the surgery on September 19, 2014, exactly two and a half years after the terrible accident that robbed Wayne of his sight.

Three days later, he could make out the numbers on the TV remote. He could see his wife’s and daughter’s faces for the first time in years. He could see.

Since then, Wayne has made it his mission to “see everything.” He has taken vacations with his family. He has watched his daughter grow up. And he and his wife have continued to dance, enjoying what has become a lifelong hobby.

“I’ve been amazed to see the world around me come back into focus,” said Wayne. “Dr. Chodosh and Mass. Eye and Ear changed everything for me and my family, and I can’t thank them enough.”

To help Mass. Eye and Ear’s specialists provide the best possible care to patients like Wayne, and support the life-changing mission we celebrate at Founders’ Day each year, please consider making a gift today.

1 thought on “Dancing Through Life: A Journey Back to Sight”