When patients struggle with obstructive sleep apnea and conventional treatments aren’t helping, a diagnostic procedure called a drug-induced sleep endoscopy (DISE) can help identify what’s blocking the airway. After seeing Phillip A Huyett, MD,  for the procedure, Billy Toto has been on a treatment course towards better sleep. 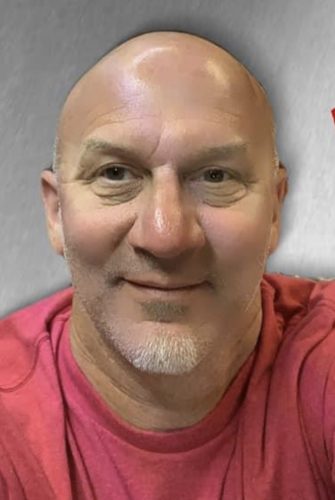 Billy Toto left no stone unturned when it came to treating his sleep apnea. Whether he was trying continuous positive airway pressure (CPAP) therapy or undergoing surgeries, he simply couldn’t get his obstructive sleep apnea under control. He’d feel exhausted after waking up every hour or two gasping for air, and his snoring would drive his wife “absolutely insane.”

Then, one day, Billy’s journey brought him to the office of Phillip Huyett, MD, director of Sleep Surgery at Mass Eye and Ear. Dr. Huyett suggested a diagnostic procedure called a drug-induced sleep endoscopy (DISE), which would help unearth the exact cause of his sleep apnea.

“I was kind of done with treatments and surgeries,” Billy told Focus. “I didn’t want to go through another disappointment. I was convinced nothing was going to fix my problem.”

The findings from the DISE surprised Billy and led him to undergo a cutting-edge surgical procedure called a hypoglossal nerve stimulator. Now, the 54-year-old former Marine from Goffstown, New Hampshire, finally feels like himself again for the first time in years, and he credits the DISE for putting him on the path towards good quality sleep.

“I had never heard of a drug-induced sleep endoscopy before seeing Dr. Huyett,” said Billy. “If I had it done years earlier, I might have avoided some surgeries.”

Diagnosing the underlying cause of airway obstruction

The first-line treatment for obstructive sleep apnea is CPAP, a highly effective therapy in which a patient wears a mask connected to a device that provides positive air pressure throughout the night. CPAP is typically prescribed after a patient has an overnight sleep study. Other early first-line treatments include a mouth guard, positional therapy and weight loss due to their non-invasive nature.

Footage from a drug-induced sleep endoscopy. On the left, an open airway; on the right, a soft palate type collapse of the airway.

But when someone is not able to tolerate CPAP, surgery might become an option. In such cases, physicians like Dr. Huyett need to customize their approach given the different anatomic causes of obstructive sleep apnea. For example, one person’s obstruction might be caused by their soft palate (the floppy, back part of the roof of the mouth) collapsing; for another, their tongue might be falling back to block their airway. Others might have tonsils, muscles or a piece of cartilage called the epiglottis that cave in from either side during sleep.

“We need to figure out which of these areas are at play to optimize the likelihood of surgical success, or to determine whether other nonsurgical options could help as well,” said Dr. Huyett.

That’s where DISE can help.

The procedure occurs in the operating room, where a patient is carefully put to sleep with anesthesia and an endoscope is then inserted through the nose to enable a view of the airway. The entire procedure lasts about 10 minutes and is recorded on video. Dr. Huyett then reviews the video with patients (and often their bed partner) to assess the anatomical cause of sleep apnea, which can determine which interventions might help.

“Before DISE, procedure selection was largely based on exams done with the patient fully awake and often upright in a chair such as physical exam, imaging and in-office scopes,” said Dr. Huyett. “That led to many unnecessary surgeries and poor success rates because what happens when a patient is asleep can be starkly different than what is seen with the patient awake.”

Nearly all patients considering surgery for obstructive sleep apnea at Mass Eye and Ear will now undergo a DISE first. Since the endoscope starts through the nose, Dr. Huyett begins his assessment of the airway with a good look at the nasal anatomy to see if a deviated septum or other issues, like chronic sinusitis, are contributing to the apnea. If a patient is mouth breathing because their nose is totally blocked, nasal surgery may be suggested as part of the overall treatment strategy.

The scope next moves to the soft palate, which is most commonly involved in obstructive sleep apnea. If this structure and/or the sides of the throat are to blame, some patients will benefit from tonsillectomy or palate surgery to reconstruct the small muscles behind their tonsils, thereby opening the soft palate by pulling it forward. 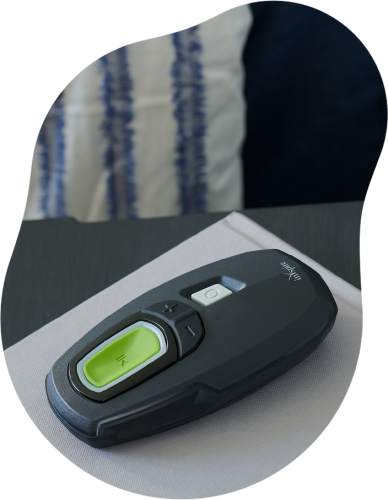 The second-most common site for airway obstruction is the tongue. For a long time, there were limited effective treatments for this cause, until a device called the hypoglossal nerve stimulator was approved by the Food and Drug Administration in 2014. Hypoglossal nerve stimulation involves an implantable, battery-powered device that is surgically placed under the skin in the neck and chest. The device, called Inspire Upper Airway Stimulation (Inspire Medical Systems©), is connected to the nerve that controls tongue movement. Users turn it on before bed with a remote control and, during the night, the device moves the tongue forward with each breath, opening the airway.

Relying on DISE to decide treatment

Billy had struggled with sleep apnea for nearly 15 years. He felt too claustrophobic in his CPAP mask and would pull it off after an hour each night. He went to a local ENT who noticed that Billy had a deviated septum and that his sinuses were significantly blocked. Billy decided to undergo septum and sinus surgery, but his sleep apnea came back soon after.

The next option his doctor suggested was a uvulopalatopharyngoplasty (UPPP), an older soft palate surgery to open the airway by removing extra tissue in the throat along with the uvula and tonsils. His doctor told him there was a “50/50” shot of this working, which Billy felt was worth the risk. The recovery was long and painful, but Billy thought it was a success when he didn’t snore for two months afterwards.

But then the sleep apnea returned.

His ENT then referred him to Dr. Huyett to see if he might be a good candidate for the hypoglossal nerve stimulator. Billy was wary of undergoing another surgery but agreed to undergo a DISE test. Within two weeks, he was sitting in Dr. Huyett’s office watching a video which revealed once and for all what was causing his sleep apnea.

“Within 15 seconds of being asleep, Dr. Huyett saw my tongue was blocking my airway completely and I would start gagging,” Billy recalled.

With the evidence in plain sight, Billy decided to undergo the hypoglossal nerve stimulator implant surgery with Dr. Huyett in October 2021.

Since then, Billy feels like a changed man. He said he feels more rested and less cranky and has more energy and motivation.

“If I didn’t have the DISE, I wouldn’t have gone through with this treatment,” Billy said. “But after seeing the results, it changed my mind completely. And I’m glad it did.” 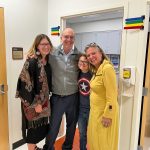 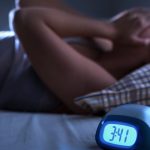