Experts Push for Legislation to Save More Babies’ Hearing

Cytomegalovirus (CMV) is the leading non-genetic cause of hearing loss in children. For June’s National CMV Awareness Month, Focus spoke with Michael Cohen, MD, and Cheryl Glovsky, AuD, CCC-A, about their efforts to raise awareness for CMV and push for universal screening of all Massachusetts newborns.

Meghan Carey and her husband Sean Wilkinson felt helpless watching their infant son Percy’s hearing rapidly decline in the months since he did not pass his newborn hearing test.

The Portland, Maine family had been in and out of medical appointments as Percy’s hearing loss deteriorated from moderate, to severe, to profound. A connection then introduced them to Dr. Michael Cohen, director of the Multidisciplinary Pediatric Hearing Loss Clinic at Mass Eye and Ear, who helped arrange an appointment. First, Dr. Cohen said, Percy needed a CMV test.

“That was the first time we learned what CMV was,” Meghan told Focus.

CMV is one of the most common infections in newborns, and a leading cause of hearing loss in children.

After Percy’s results came back positive, Dr. Cohen referred him to an infectious disease specialist at Massachusetts General Hospital. The specialist told them that treatment at this stage would not reverse Percy’s hearing loss.

“It was a gut punch when the doctor said we’d be having a different conversation if we had brought Percy in at 5-weeks-old instead of 5-months-old,” Meghan said.

Dr. Cohen and pediatric audiologist Cheryl Glovsky, AuD, CCC-A have seen too many of these cases in their careers. It is what led them to partner with a local coalition of medical experts and parents to convince Massachusetts lawmakers to implement universal screening of CMV for all newborns.

“With universal screening, we can help a lot of children and families avoid the heartbreak and frustration that comes with a diagnosis that’s too late to treat,” Dr. Cohen told Focus. 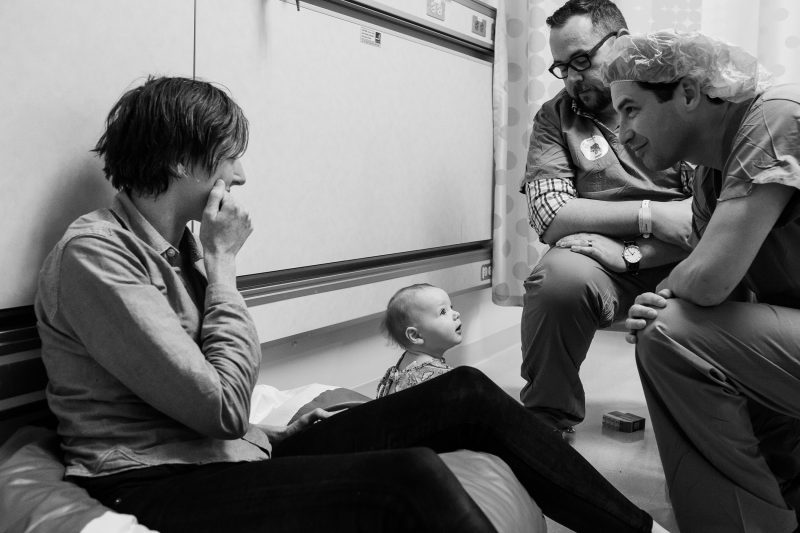 Percy and his parents Meghan Carey and Sean Wilkinson, and surgeon Dr. Michael Cohen, before his cochlear implant surgery at 11-months-old in 2014. Credit: Kari Herer

Congenital CMV occurs in one in about every 200 births. One out of five babies born with CMV will develop long-term health problems, most commonly hearing loss. Other long-term effects include developmental and motor delays, vision loss, microcephaly (small head) and seizures. About 15 percent of babies born with CMV will not show any symptoms whatsoever, but will still develop hearing loss later in their childhood, according to the Centers for Disease Control and Prevention.

CMV, however, is incredibly common in children so it can be difficult to distinguish after the first month of life whether a child was born with it or acquired it elsewhere. In fact, by 5-years-old, one in three children will get CMV. There are key differences between congenital and acquired CMV; infants and children who catch CMV after they are born tend to have mild symptoms like a cold and do not develop long term problems such as hearing loss.

A child born with CMV may benefit from antiviral medications, such as valganciclovir, if taken in the first weeks of life. But if a child gets treated later than this window, the medications become ineffective.

“Throughout my practice as a pediatric audiologist, I have seen children whose hearing loss was likely caused by CMV and was not identified until the preschool years, or even later. These children and their families have struggled during the early years of critical learning and development,” said Dr. Glovsky. “This late diagnosis of hearing loss could have been prevented with an easy, painless screening at birth.”

Push for better screening and education

A CMV test is sometimes given when a baby does not pass the newborn hearing test. But that only occurs regularly in less than 50 percent of Massachusetts hospitals. Even that level of 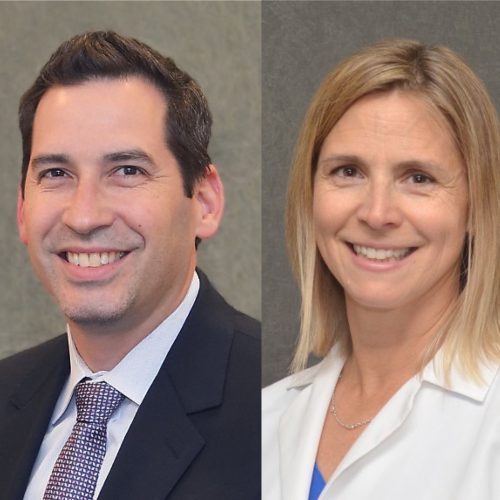 screening misses many babies born with CMV who show no signs of hearing loss at birth. The doctors hope universal screening of all newborns would enable them to preserve the narrow window when treatment is effective.

“We already screen for 66 conditions in newborns that are far less common than CMV, “Dr. Cohen pointed out.

In 2011, Congress passed a resolution naming June “National CMW Awareness Month” in an effort to increase disease awareness. But more efforts are needed to educate parents, and the coalition hopes their bill can help fill this gap.

Drs. Cohen and Glovsky are members of a grassroots organization comprised of parents and health professionals called the Massachusetts cCMV Coalition. In February, the coalition submitted a bill to the Massachusetts legislature that is currently under review. The law would mandate universal screening for CMV for all births at Massachusetts hospitals, along with mandatory prenatal education for parents, and improved CMV reporting practices statewide. Both doctors have testified to public health and local officials about the critical need for universal screening.

In the meantime, Drs. Cohen and Glovsky note that the best way to reduce the effects of CMV is to prevent a newborn from getting it in the first place. That begins with providing better education to parents. Some surveys show 91 percent of pregnant women have never heard of CMV, and even fewer men did.

Asymptomatic older children commonly spread CMV to pregnant parents. A child may catch it at daycare or school and it can be in their system for months. The virus sheds from urine and saliva, and any parent of a toddler knows they are in frequent contact with both through diaper changes and meal times.

“Expecting mothers should wash their hands after changing a diaper, even for urine only, and after contact with saliva. Transmission to the parent from a toddler can also be avoided by not sharing food, utensils, or cups, and not putting the child’s pacifier in your mouth,” said Dr. Cohen.

A thriving boy and family pushing for change 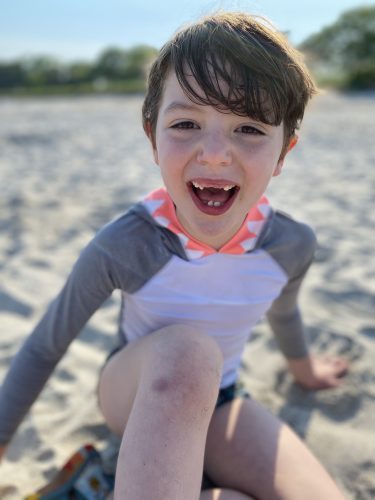 At 11-months old, Percy underwent bilateral cochlear implant surgery performed by Dr. Cohen. Meghan remembers how meaningful it was for her family to sing happy birthday to Percy one month later when he could actually hear it. And the procedure has helped him thrive. (Focus previously detailed Percy’s experience in 2018).

Meghan recalls being concerned that Percy would be behind in language development. But by the time he was 18 months-old, the daycare teacher pulled her aside and said Percy was talking more than any child in class. Now, she describes Percy as a six-year-old with a 10-year-old’s vocabulary. He also loves listening to all kinds of music and lately has been rocking out to Weezer.

“Hearing loss adversely affects a child’s ability to learn speech and language, and the critical period for intervention is within the first two years,” said Dr. Glovsky. “Early intervention such as educational support, hearing aids, cochlear implants and assessment monitoring from a multidisciplinary team can help ensure success for a child.”

Meghan and Sean have also since transformed their experience into advocacy. They testified for a similar bill in their home state of Maine, and formed a company called CoAmplify that makes hats, masks and educational toys for children with cochlear implants. They hope their story can help raise awareness of CMV among parents.

“I want every parent to know about CMV,” Meghan said. ”Sometimes doctors and nurses don’t know much about CMV. Until there is universal screening, it’s up to parents to advocate for their child.” 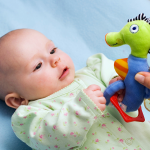 Is My Baby Hearing Normally? Commonly Asked Questions with a Pediatric Hearing Expert 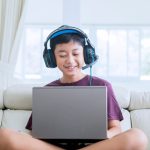 How Loud is Too Loud?
Tags:CMVCytomegaloviruspediatric hearing loss