Floaters are incredibly common, but in some cases might represent a serious concern that needs immediate medical attention. Frances Wu MD, a member of the Retina Service at Mass Eye and Ear, explains.

The appearance of eye floaters out of the blue can understandably cause concern. These small dark spots or squiggly lines that “float” across your vision are more common as people age. In most cases there is no reason for alarm. However, the sudden appearance of many floaters all at once might suggest a more serious eye condition that requires immediate medical attention.

To better understand eye floaters, their causes and when it’s necessary to see an eye doctor for them, Focus spoke with ophthalmologist Frances Wu, MD, a member of the Retina Service at Mass Eye and Ear.

What exactly are floaters and how are they caused?

Floaters are very, very common and typically occur due to changes in the vitreous. The vitreous is the jelly-like substance that fills most of the eye and gives the eye its shape. At birth, the vitreous is very viscous, or thick and sticky. However as people age, the vitreous becomes more liquefied, or watery, forming spaces or pockets of fluid in the gel that people see as dark spots or lines.

Floaters tend to be more prominent when a person looks at a bright white background or blue sky. They are quite common after the age of 50 but might present earlier, especially in people who are nearsighted.

Should a new floater be a reason for concern?

In most cases floaters are not harmful or a reason for concern. While floaters can be bothersome to some people, most people stop noticing them over the course of several months. The brain does something wonderful in adapting and learning those floaters aren’t there in your environment, and most people eventually acclimate to them. You might still see floaters when you look up at the sky, but in the vast majority of cases, they won’t be something that bothers you or impairs your functioning.

However, if a person suddenly sees many floaters, especially if there are flashes of light (like camera flashes) or a dark curtain (shadow) in their vision, that is something to be vigilant about and get checked out immediately. It could be a sign of a posterior vitreous detachment, retinal tear or retinal detachment.

What is a posterior vitreous detachment?

A posterior vitreous detachment is a separation of the vitreous from where it’s attached to the retina. When you’re born, the vitreous is attached very strongly to different structures in and around the retina including the optic nerve, the macula, and blood vessels. As we age, at some point the vitreous will separate from a lot of these attachments, and that might suddenly cause a lot of new floaters.

The floaters themselves are not harmful to the eye – but a vitreous detachment can pull on the retina, causing a tear or a break in the retina in up to 10-15 percent of cases. This can lead to a retinal detachment, which is an urgent medical condition that may result in permanent vision loss if untreated. A retinal tear or early retinal detachment does not cause any symptoms – these can only be diagnosed by an eye doctor during a dilated eye exam.

If someone suddenly experiences floaters or flashes and is unsure if they are experiencing a vitreous detachment, then it’s probably best to get screened by an eye doctor. We can at least tell you if there’s any problem with the retina.

Are certain people at risk for a posterior vitreous or retinal detachment?

I had mentioned nearsighted people are more likely to get floaters. That’s because their eyeballs tend to be elongated – shaped more like an egg or grape than a round sphere. That shape causes the vitreous to undergo liquefaction and separation earlier than it would for someone with a normal shaped eyeball. This also puts them at higher risk than the average person for a retinal detachment, because the retina can be thin as a result of the eyeball being stretched out.

Trauma is another cause. If there is significant head trauma, that can cause the vitreous gel to pull on the retina and cause retinal breaks and detachment. Family history and certain genetic conditions can also increase the risk of retinal tears and detachment.

When should I see a doctor for eye floaters?

People who see occasional floaters, and those who are myopic (nearsighted), should keep up with their annual eye exams. If for any reason a person experiences a significant change or is concerned, a dilated eye exam earlier than your scheduled annual appointment is generally advisable.

But, if you are experiencing that sudden shower of noticeably more floaters, especially with flashes of light, people should be seen by an eye doctor really soon – usually within a day or two – to be screened for a retinal problem. If there is a retinal tear, it is best to catch it early, so that a patient can receive a laser or cryotherapy (freezing) procedure to essentially seal the tear in the retina so it does not progress to a retinal detachment. If a retinal tear progresses to a retinal detachment, which could happen over the course of hours to days, then a patient might require a more extensive procedure or surgery. Remember, the vitreous detachment causes the floaters, but a retinal tear or detachment might not cause symptoms and can only be diagnosed with a dilated eye exam.

Should I get floaters treated if they bother me, even if I’m not having signs of a vitreous detachment?

Some people who are very bothered by floaters might seek out a procedure to get rid of them, such as with a laser or a surgery to remove the vitreous floaters. However we usually don’t advise these procedures, especially early on, because as I said, most people will adjust to the floaters. These procedures can also raise risk for getting tears or detachment in the retina.

I would advise a patient with symptomatic floaters (that did not suddenly appear) to give it at least six months to a year. If they are still really functionally impaired, such as being unable to work or drive or do their daily activities, then it might be worth discussing treatment options. The vast majority of people with floaters will acclimate.

Do you have any final advice when it comes to floaters?

As retina doctors we really want people to be aware of the symptoms of a vitreous detachment and understand that they should be screened promptly for a retinal problem. The appointment can be with any eye doctor, not necessarily a retina specialist, as long as they perform a dilated eye exam. The concern with waiting is that someone could develop a retinal detachment that requires a more extensive procedure or surgery, when they might have started with a retinal tear that can be treated with a simple office procedure. Even in the best surgical hands, the likelihood of saving or restoring vision is higher when these problems are caught early.

Mass Eye and Ear is fortunate to offer patients a 24/7 eye emergency room if a person is experiencing these sudden changes in symptoms and can’t get an appointment with their eye doctor quickly.

Frances Wu, MD, is a member of the Retina Service who specializes in vitreoretinal surgery and ocular oncology. She sees patients with medical and surgical retina conditions, and those with benign or malignant eye tumors, particularly uveal melanoma. Dr. Wu sees patients at the 243 Charles Street Main Campus in Boston and Stoneham locations. 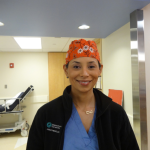 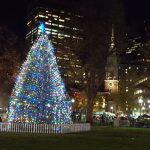 A Tree for Boston, A Legacy for Eye Trauma Care 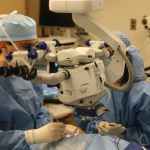 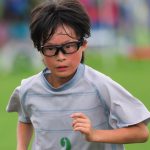