A decade after the discovery of cochlear synaptopathy, or ‘hidden hearing loss,’ scientists uncover a new potential cause.

It’s not uncommon for people to have hearing difficulties, particularly in noisy environments. For years, patients have come to clinics complaining of such difficulties and clinicians have questioned the efficacy of an audiogram, a commonly used hearing exam. As they suspected with some types of hearing loss, more could be happening in the inner ear than an audiogram can measure.

In 2009, a team of investigators led by Sharon G. Kujawa, PhD, and M. Charles Liberman, PhD, of the Eaton-Peabody Laboratories (EPL) at Massachusetts Eye and Ear, uncovered a new type of inner ear damage that could explain these poorly understood, but common, hearing complaints.

In a study published in the Journal of Neuroscience, they described that with age or noise exposure, the neural synapses responsible for the communication between the ear and the brain can disappear and decrease the reliability of the auditory information sent to the brain.

“This finding changed the landscape of how we look at patients with hearing loss,” said Dr. Kujawa. “Conventional wisdom suggests that sensorineural hearing loss is largely attributed to the loss of hair cells, but this study indicated something different.”

Dr. Kujawa and Dr. Liberman showed that noise and aging first damage the synapses, which connect the hair cells to the nerve fibers and ultimately, carry neural signals to the brain. This hearing damage is now known as cochlear synaptopathy. Since hair cell function is what audiograms measure, this synaptic loss is typically undocumented, inspiring the popular term ‘hidden hearing loss.’ 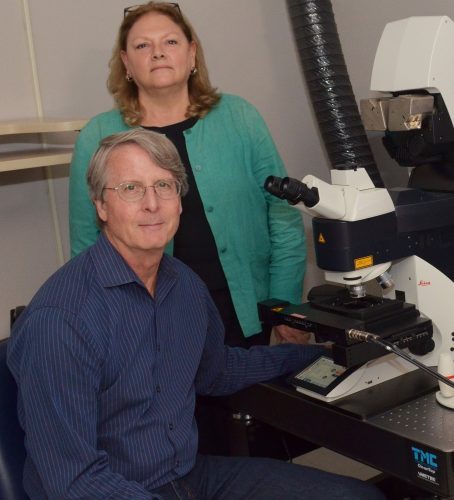 A decade of discoveries

This year marks the 10-year anniversary of the discovery of hidden hearing loss at Mass. Eye and Ear. Throughout this past decade, investigators around the world have aimed to uncover the prevalence, diagnosis and functional consequences of the condition.

Dr. Kujawa and Dr. Liberman noted that over the past 10 years, EPL investigators have demonstrated cochlear synaptopathy in many animals as well as aging humans. They’ve also developed techniques based on gene therapy and drug delivery that can protect the ear against noise exposure or even regenerate the neural connections after damage.

One of the most recent discoveries of this team came from the work of Stéphane F. Maison, PhD, who has found a connection between cochlear synaptopathy and sound deprivation. His findings suggest that ear infections and conditions that cause chronic conductive hearing loss may lead to nerve damage if left untreated.

Noise exposure, ‘normal’ aging, and use of ototoxic drugs have also been identified as causes of hidden hearing loss. This study, however, is the first to suggest that underuse of the ear might also have similar damaging effects.

People with hearing loss in one ear are often reluctant to seek treatment as they still can rely on their better ear. This study suggests that, in absence of treatment, speech perception may worsen in time.

Looking toward the next 10 years

Ten years after the landmark discovery of cochlear synaptopathy, investigators are getting closer to understanding what hidden hearing loss is, what causes it, and how to identify it in patients.

EPL researchers hope to improve the sensitivity and specificity of hearing tests in order to identify hidden hearing loss and define how this condition evolves in time.

“Although much work remains to be done, including the challenge of accurately diagnosing the degree of neural degeneration in human ears, the development of cures for this key aspect of hearing impairment is now a real possibility,” said Dr. Liberman.