Shawn was born with microtia, also known as “little ear,” on his left side. In August, he had life-changing ear reconstructive surgery at Mass. Eye and Ear.

Shawn Oakley struggled with the decision to have reconstructive surgery on his ear for many years. Born with microtia, his left ear never quite developed to match the one on the right. He’d been coming to Mass. Eye and Ear for nearly 30 years, and the timing had just never felt right for surgery.

“When I was seven, my mother wasn’t sure that the surgery was worth it, because the results didn’t look like real ears,” said Shawn, who is an elementary school teacher in Norton, Mass. “As I got older and the procedure got better, I decided that, if I were to have surgery, it would be for me and on my own terms.”

Last year, in a meeting with Dr. Tessa Hadlock, Shawn began to seriously consider having surgery. “Dr. Hadlock gave me a positive feeling about it, and for the first time, surgery felt right,” he said. 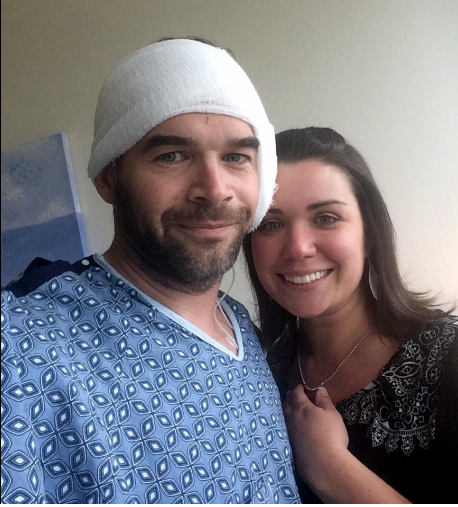 Shawn, shortly after surgery at Mass. Eye and Ear, with his girlfriend.

Microtia, also known as “little ear,” often presents as a small, malformed or absent external ear at birth. Surgery is recommended for most patients, as there are functional benefits beyond the look of the ear. And over the last 30 years, the surgical technique has become increasingly sophisticated—to the point where someone may never notice that a surgery was performed.

In August, Shawn had the first stage of surgery, which involved Dr. Hadlock taking some cartilage from his rib to construct a new ear. Shawn already feels the difference, noting that his head is “more balanced,” while others, including his 7-year-old daughter Arya, and his class of third graders, can see the difference. The new ear is already a pretty convincing match to his right ear.  He will have a second stage of surgery in the Spring to better position his ear and to create a space between the upper ear and the side of his head. 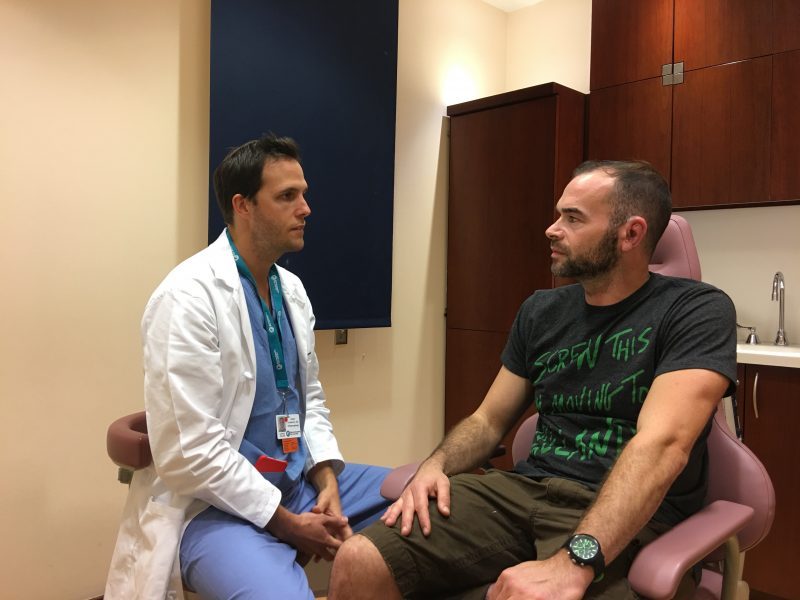 Shawn met with Dr. Joseph Dusseldorp shortly after his first surgery. His left ear, even a few weeks after surgery, already closely matches the right.

Until then, Shawn is enjoying his new look while offering support to others. “For those out there with microtia or going through something similar, I want them to know that it’s going to be okay,” he said.

‘What a blessing’: Norton teacher from Taunton gets new ear

Ear reconstruction an art and a science 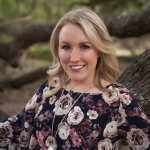