Once, quite a while ago, I suffered for about a year with anhedonia—inability to experience pleasure. I’m not going to be an armchair psychiatrist to myself—this armchair isn’t big enough for the both of us. But mine was a sad year of broken spirits. Listening to music offered no relief, eating favorite foods little succor, reading no pleasure or escape, spending time with friends and companions only feeble consolation.

Time heals; I healed. Mercifully, such doldrums never returned. I only bring it up because the experience gave me a reference point for a subsequent and unrelated medical condition with which Massachusetts Eye and Ear was able to help.

I’d always had fierce allergies to cats. I could start sneezing if someone walked by on the street with cat hair on his jacket. In my 40s, the symptoms intensified. Intermittent asthma developed. A local allergist was lined up for those tests that determine responsiveness to airborne allergens.

“I was being deprived of something that gives savor and sumptuousness to life. I also was bereft of a necessary early warning system.” 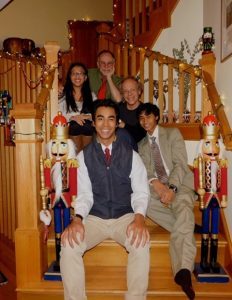 With a grease pencil, the doctor drew a grid on my forearm and gave me 41 pricks. He asked if he could return in five minutes and take a Polaroid of my arm for some study. When he came back, my arm was so swollen with red welts that he ran for a camcorder. “For anyone to believe this, I’ll have to swoop over these like a helicopter over a war zone!” he said.

I was, it seemed, allergic to 40 of the 41 allergens. The only sample for which I didn’t develop an angry swelling was for cockroaches. (I imagined going home to my three young children and saying, “Guess what! The doctor says there’s one kind of pet we can have!”)

I sneezed a great deal. I went through hundreds of cartons of tissues a year. I started avoiding dinner parties. I paved my bedroom with cork tiles. I thought, “It’s not life-threatening, it’s just annoying.” But a limited form of anhedonia was looming.

Then, about ten years ago, I thought to do sniff tests. Dirty socks after exercise. Ground coffee in the Folger’s tin. Peanut butter from the jar. What was there for me to smell?

As that “nothing” began to sink in, I flashed back to that earlier doleful experience. I was being deprived of something that gives savor and sumptuousness to life. I also was bereft of a necessary early warning system. (One of my kids spent an afternoon spray painting in the basement—I couldn’t smell those toxic, noxious paint fumes, so I couldn’t warn him of the danger to his lungs.)

At this point, a doctor friend recommended Mass. Eye and Ear. I made an appointment with sinus surgeon Dr. Eric Holbrook. I also saw Dr. Daniel Hamilos, an allergist at Massachusetts General Hospital.

Mine is not the standard success story. For ten years at Mass. Eye and Ear, we tried several kinds of treatments and therapies. I volunteered for some trial studies. I had surgery to remove nasal polyps, a careful exercise that included a redesign of my nasal septum. (I asked if Dr. Holbrook could install tiny sliding Japanese panels in there. He said no.)

My polyps grew back so quickly after the surgery that Dr. Holbrook turned pale whenever I showed up for an appointment. I felt like a bad patient, refusing to improve. I could tell Dr. Holbrook was disappointed. “You’re what is known as a hard case,” he said.

Then, about a year ago, I talked with Dr. Holbrook about my semi-annual regimen of prednisone, an oral steroid. I’d read up on the dangers of over-exposure to steroids, and I knew first-hand the unpleasant side-effects. (So did my long-suffering family.) Still, I said to Dr. Holbrook, “My twice-yearly dose of steroids, which used to shrink my polyps enough to return a sense of smell to me for at least a few weeks a year, is now failing to work at all. Dr. Holbrook, you’ve known me a full decade. You know I’m cautious about medical matters.” I proposed we experiment with a change of dosage. Dr. Holbrook listened—a little dubiously. Then we increased the length of dosage by 25 or 30 percent for this one time only.

“I’ve escaped that dread of being severed from the very relish of life that each of the senses supplies.”

On the last day of my mandatory tapering-off, I noted a bit of sense of smell return. As it had been about 18 months since I had been able to smell the kitchen garbage pail, lilacs, or the bouquet of a friskily insouciant Margaux, I was delighted. I emailed Dr. Holbrook and said, “Remember that nasal rinse that Dr. Hamilos proposes, which has never before worked to keep my passages open? Let’s try it again. What’s the harm?”

Success upon success. As I type this, I’ve had a consistent sense of smell for nine months now. True, it isn’t robust. I can’t smell everything. Sometimes I have to lean in close. But I’ve escaped that dread of being severed from the very relish of life that each of the senses supplies.

My appreciation for Dr. Hamilos and especially for Dr. Holbrook is based not only on their persistence and patience, but on their willingness to listen to their hard-case patient and work collaboratively with me in the interest of restoring a sense of smell. Life has again become memorable, wonderful—and surprising.

Gregory Maguire, a best-selling novelist for adults and children, is best known for Wicked, which inspired the blockbuster Broadway musical. We are grateful to him for sharing his story of gratitude for his doctors, who helped restore his sense of smell after years of severe sinus disease. 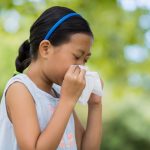 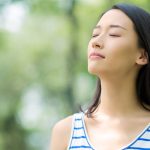 5 Myths About Your Sinuses 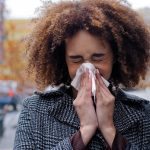 Is it Allergies or a Sinus Infection? 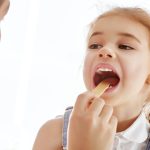 Everything You Need to Know About Strep Throat
Tags:AllergiesNasal ObstructionNoseOtolaryngologySinus