Surgical Care That Begins At the Bedside

Felicity Janczewski had been afraid of surgery her whole life. An alum of Massachusetts Maritime Academy, she took pride in her regimented, active lifestyle. Her bike rides, weekend hikes and day-to-day job fit into a neat, airtight schedule. The idea of handing control over to anesthesia – even for a minute – made her feel queasy. Her more sinister fear of never waking up didn’t help, either.

Fortunately for her, surgery was something she never had to consider. That is, until a tennis-ball sized lump appeared on her neck this year at the age of 22.

The lump had grown so large her friends could see it bounce up and down whenever she swallowed food. Upon examining Felicity, doctors identified a second, smaller lump on the opposite side of her throat. Surprisingly, the larger lump was benign, and the smaller one looked like thyroid cancer.

Hoping to avoid any sort of invasive procedure, Felicity trusted that her long-time care provider in Worcester would present a few different options. After all, if anyone would understand her anxiety around surgery, it would have been the doctors she had seen her whole life.

“They immediately suggested operating on my neck and didn’t want me to think twice about it,” Felicity said. “All of a sudden it was as if what I had to say didn’t even matter.”

Felicity knew she deserved better. So, after a Google search for noninvasive thyroid procedures, she found the name of a physician in Boston who might offer a second opinion: Gregory W. Randolph, MD, FACS, FACE, director of the Thyroid and Parathyroid Endocrine Surgical Division at Mass Eye and Ear. Little did Felicity know, surgery wasn’t something she could avoid, and Dr. Randolph wasn’t just going to tell her something she wanted to hear. Rather, he was going to provide her the bedside manner she needed to conquer her fears. 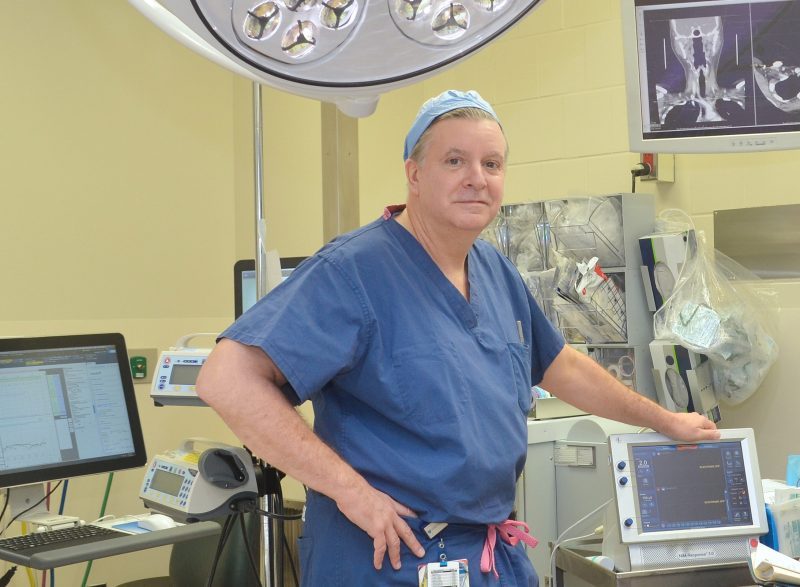 Looking for a noninvasive treatment

The vast majority of lumps found on the neck are benign. Lymph nodes, for example, can expand and press up against the neck during an infection or illness. The thyroid, a butterfly-shaped gland on top of the throat, can produce similar, harmless nodules, but also lumps such as thyroid cancer and goiter—a benign mass of several enlarged thyroid nodules—that warrant medical attention.

Thyroid cancer is fairly common and, if left untreated, can spread and have disastrous consequences. Goiter, on the other hand, is much rarer, yet becomes dangerous if it grows too large and presses against the airway. While genetics might heighten the risk of both conditions, thyroid cancer and goiter generally occur without any rhyme or reason.

At earlier stages, goiter and thyroid cancers smaller than 1-centimeter can be treated with radiofrequency ablation (RFA), a minimally invasive, nonsurgical procedure that shrinks thyroid growths in minutes using heat from a probe. In 2020, Mass Eye and Ear opened its own RFA clinic under the leadership of Dr. Randolph and Mary Beth Cunnane, MD, Chief of Radiology at Mass Eye and Ear, and, according to Felicity, the procedure was one of the first to pop up on her search engine.

When Felicity reached out to Dr. Randolph for an evaluation, he could tell how much a noninvasive option meant to her and would not rule it out until he completed his own work-up. His top concern was the smaller lump on the left side of her neck. If the lump presented too high of a risk of being cancerous, then it would not respond well to RFA. Further complicating Felicity’s case was the larger lump on the opposite side of her thyroid. Despite confirming the larger lump as goiter, he knew the lump could affect her airway if it continued to grow.

“She had a 70 percent chance of the smaller nodule being a thyroid cancer. Between that and the goiter, she had two textbook reasons for a thyroid removal sitting on both sides of her throat,” Dr. Randolph said. “Surgery was the only option that made sense.”

During thyroid surgery, surgeons must depend on a steady hand, a scalpel and their expertise to peel back several layers of muscle and fat before removing the thyroid. The slightest damage to any peripheral nerves could irreparably harm a person’s ability to speak and swallow.

Thankfully, technological advances have allowed surgeons to remove the thyroid with near-perfect outcomes. That said, Dr. Randolph refuses to scoff at any patient who hesitates to undergo the procedure. Having seen hundreds of patients over his career, he believes a dismissive attitude accomplishes little and may dissuade patients from undergoing a potentially life-saving procedure.

“You can’t argue someone out of their fears,” Dr. Randolph said. “However, if I welcome their fear as a sign of intelligence, then I can at least have a conversation with them. People won’t listen if you just sit there and roll your eyes at what they want.”

According to Dr. Randolph, Felicity’s physique, age and near-perfect medical history made her what anesthesiologists might consider a straightforward case. But he needed Felicity to see that for herself. So, they spent hours together reviewing her bloodwork, medical history and the science of the procedure. Then, after acknowledging RFA as one possible treatment for her goiter, he explained how the procedure might shrink, but not completely eliminate the cancerous lump. Removing the entire thyroid gland would ensure eliminating both the goiter and the entire cancer.

Knowing better than to rush a decision, Dr. Randolph slowed down the conversation enough to let Felicity feel in control of her situation. Their conversation culminated in two choices: living with the threat of that same cancer returning for the rest of her life or never having to worry about thyroid cancer ever again.

“Instead of instantly writing me off as wrong, just like my other doctors had, he let me come to a conclusion on my own terms,” Felicity said. “He’s a busy man, and the amount of extra time he spent explaining my case made me feel like he was at least meeting me halfway. He really made me feel like a dignified patient again.” 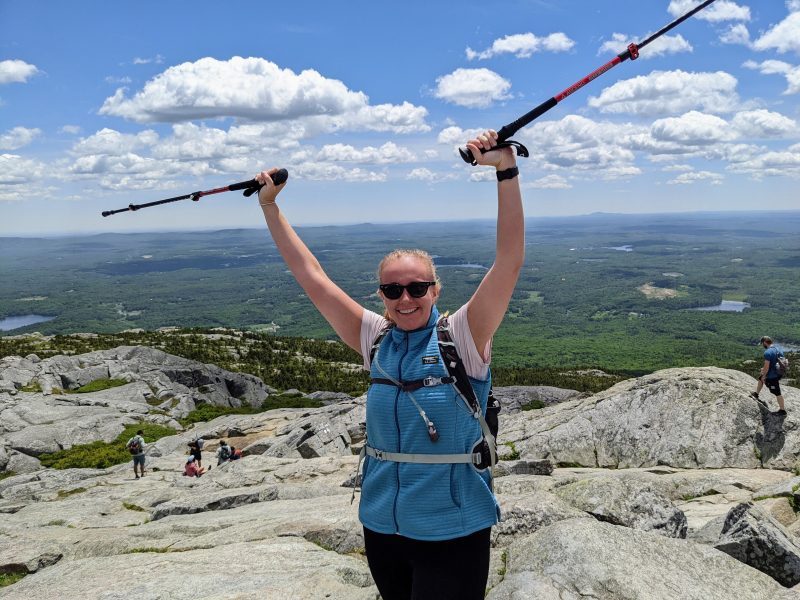 In March 2022, Felicity underwent a complete thyroidectomy. Post-surgical lab exams on the smaller lump confirmed what Dr. Randolph had suspected: thyroid cancer. Had Felicity waited any longer to undergo the procedure, there was no telling how quickly the cancer might have spread.

Aside from Felicity and her family, no one felt more relieved than Dr. Randolph.

“One of the reasons I’m excited to come to work every day is to walk with people on their care journey,” Dr. Randolph said. “At the end of the day, I serve the patient. I can lose them if I walk too fast, or too far ahead. Moving at their own pace, and on their own terms, helps move them further away from their anxieties.”

Today, several months after her procedure, Felicity feels better than ever. She has resumed running, hiking and biking after a brief hiatus from her weekly routines. Save for the scar on her neck and the hormonal medication she takes every morning, little evidence of the procedure remains. This summer, she celebrated a full recovery with a hike up Mount Monadnock in New Hampshire.

“My advice to others would be to always ask questions,” Felicity said. “I’m by no means a medical professional, so finding a doctor who could answer every one of them made me feel like a valued part of the care team, and more than just another patient.” 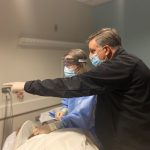 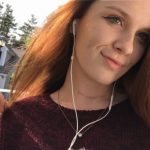